Ali Bin Rabban’s surname was Abu al-Hasan, This accomplished Hakim was the tutor of the unparalleled physician Zakariya al-Razi. Luck favoured the disciple more than the teacher in terms of celebrity. As compared to Razi people know very little about his teacher Ali.

Ali Bin Rabban’s surname was Abu al-Hasan, the full name being Abu al-Hasan Ali Bin Sahl Rabban al-Tabari. Born in 838 A.D. his father Sahl hailed from a respectable Jew family. The nobility and sympathy inherent in his very nature soon endeared him to his countrymen so much so that they used to call him Rabban which implies “my leader”. Professionally Sahl was an extremely successful physician. He had command over the art of calligraphy too. Besides he had a deep insight into the disciplines of Astronomy, Philosophy, Mathematics and Literature. Some complicated articles of Batlemus’s book al-Mijasti came to be resolved by way of Sahl’s scholarly expertise, translators preceding him had failed to solve the mystery.

Ali received his education in the disciplines of Medical science and calligraphy from his able father Sahl and attained perfection in these fields. He had also mastered Syriac and Greek languages to a high degree of proficiency. Ali hailed from a Israelite family. Since he had embraced Islam, he is classified amongst Muslirn Scholars. This family belonged to Tabristan’s famous city Marv.

The fame acquired by Ali Bin Rabban did not simply account for the reason that a physician of the stature of Zakariya al-Razi was amongst his disciple. In fact the main cause behind his exaltation lies in his world-renowned treatise Firdous al-Hikmat . Spread over seven parts, Firdous al-Hikmat is the first ever Medical encyclopaedia which incorporates all the branches of medical science in its folds. This work has been published in this century (20th century) only. Prior to this publication only five of his manuscripts were to be found scattered in libraries the world over. Dr. Mohammed Zubair Siddiqui compared and edited the manuscripts. In his preface he has provided extremely useful information regarding the book and the author and, wherever felt necessary, explanatory notes have been written to facilitate publication of this work on modern publishing standards.

Later on this unique work was published with the cooperation of English and German institutions. Following are the details of its all seven parts:

Though he wrote Firdous al-Hikmat in Arabic but he simultaneously translated it into Syriac. He has two more compilations to his credit namely Deen-o-Doulat and Hifdh al-Sehhat. The latter is available in manuscript-form in the library of Oxford University. Besides Medical science, he was also a master of Philosophy, Mathematics and Astronomy. He breathed his last around 870 A.D.

Early in the morning, Abu-d Dardaa RA awoke and went straight to his idol which he kept in the best part of his house. He greeted it and bowed to it. Then he anointed it with the best perfume from his large shop and put on it a new raiment of beautiful silk which a...

END_OF_DOCUMENT_TOKEN_TO_BE_REPLACED 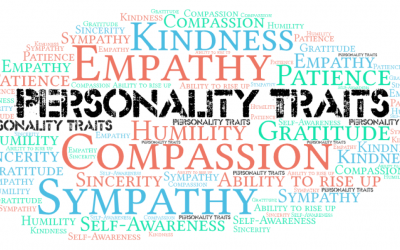 A renowned scholar who preached, wrote and spread only those things that he practiced. This immortal genius and thinker was born in 1058 in Tus in the province of Khurasan . His real name was Abu Hamid ibn Muhammad an-Nishapuri. “Ghazzali” was a title taken probably...

END_OF_DOCUMENT_TOKEN_TO_BE_REPLACED

Commonly known as Ibn Hanbal, was the founder of the Hanbali Madhhab. Ibn Hanbal was born in Baghdad in November 780 CE. He belonged to the family of Shayban. Ibn Hanbal studied under various masters, and travelled extensively in order to study Hadith and Fiqh. In his...

END_OF_DOCUMENT_TOKEN_TO_BE_REPLACED

During the last thirteen centuries, whenever the world of Islam was plunged in the darkness of decadence, an outstanding personality emerged, who, by his illuminating achievements, dispelled the gloom encompassing it. One such personality was Jamaluddin Afghani, the...

END_OF_DOCUMENT_TOKEN_TO_BE_REPLACED

"Those who rest not their hopes on their meeting with Us and are pleased and satisfied with the life of this world are those who heed not Our Signs." (Qur'an 10:7). Once in a flower garden in Iran, a thoughtful poet perceived that a friend of his was exceedingly...