Attaining Guidance and Success are Contingent on Observing Taqwa

All praise is due to Allaah. He is the Guardian of His obedient servants. He is perfect in every way and He deserves the finest and most abundant of praise until the Day of Recompense. I bear witness that none has the right to be worshipped except Allaah alone. He has no partner, equal, or rival whatsoever. I further bear witness that Muhammad is Allaah’s worshipping servant and Messenger, the best individual among all of mankind, and the ideal role model for all of Allaah’s servants. O Allaah, grant commendation and protection to Your worshipping servant and Messenger, Muhammad, and to his immaculate family, his esteemed Companions, and all who continue to follow their path.

Servants of Allaah, you must observe Taqwa of Allaah, “and you must protect yourselves from punishment on the Day when you will all return to Allaah, then each soul will be given the recompense for what it earned and no one will be wronged.”

Servants of Allaah, in this life, people desire to acquire the luxuries of this world and there are various distractions, motivations, and aspirations that exist. In the midst of that all, there are deceptive and false claims that people accept. Servants of Allaah, all sorts of claims are made which are not based on legitimate evidence and do not follow a path that is straight. They come in many forms, but the form that is most harmful, farthest astray from the truth, and leads to the worst consequences is making the claim that Allaah prohibited in His statement,

“Do not praise yourselves and claim that you observe Taqwa completely. Allaah has best knowledge about those who are genuine in observing Taqwa.” [Najm (53):32]

Thus, Allaah forbade people from absolving themselves of all wrongdoing, being conceited, constantly praising themselves, ignoring their own flaws, and refusing to ever admit that they are at fault, have shortcomings, or get things wrong.

Servants of Allaah, the worst false claim happens when people dishonestly claim for themselves guidance, salvation, and the correct path. This is the case of those who have little or nothing to substantiate their many claims of being soundly guided by their Lord, and being among those who will attain all they hope for and be saved from all they fear. Since people who make such claims can be found in every era, our Lord – who is perfect in every way – spoke unambiguous words in His scripture about this issue. His words provide sound direction, warn against falsehood, make the unmistakable truth completely clear, refute baseless claims, guide to the straight path, and leave no room for the crookedness of deceitful excuses.

In addressing this topic, Allaah – who is perfect in every way – identified the people who deserve to be described as individuals who accept His guidance, remain steadfast in following it by His favour, will be successful in attaining the rewards they hope for, and will be granted salvation from all that they seek to avoid. Allaah identified them as the people who observe Taqwa, meaning that they avoid His disobedience by staying away from what He prohibited, and they obey Him by doing what He obligated. This is the explanation of Taqwa given by al-Imaam ibn Jareer at-Tabaree [Jaami‘ al-Bayaan (1/233-234)], may Allaah have mercy upon him as well as upon all the scholars of Islaam.

Our Lord, the Almighty and Most Majestic, informed us about qualities which are specific to the people of Taqwa, clearly show the virtues and merits of such people, and motivate us to be among them by following their course. At the beginning of Soorah al-Baqarah, our Lord – who is perfect in every way – mentioned some of their qualities. He said,

“Alif Laam Meem. This is the magnificent Book about which there is no doubt. It is guidance for those who observe Taqwa. Among their qualities is that they believe in the unseen, establish prayers as prescribed, and give from what We have provided for them. They also believe in and comply with what was sent down to you – the Prophet Muhammad (may Allaah grant him commendation and protection) – and they believe in what was sent down prior to you. Additionally, they believe with certainty in the hereafter.” [Baqarah (2):1-4]

These remarkable characteristics that define them are what allow them to attain the noblest of ranks during their lives in this world as well as the hereafter. Those traits are what makes Allaah love them, be pleased with them, and admit them to Jannah: the abode in which He will honour them.

Servants of Allaah, the first of those traits is having correct beliefs about the unseen. This covers not only the acceptance of the heart, but also extends to words and deeds. Thus, they have corrected beliefs about Allaah, His angels, His scriptures, and His Messengers. They also have correct beliefs about the Last Day as well as all that goes along with it such as resurrection, being gathered, being held to account, receiving reward or punishment as a recompense, the bridge over the hellfire, Allaah’s kursee (footstool), Allaah’s ‘arsh (throne), Jannah, the hellfire, and life after death. The aforementioned people of Taqwa have correct beliefs about all that they cannot see in this world, but which they have been informed about by Allaah in His Book, and in the authentic Sunnah narrated from Allaah’s Messenger (may Allaah grant him commendation and protection).

The second trait mentioned is that they establish prayers as prescribed. This means performing prayers with all their external and internal requirements. The external requirements include bowing and prostrating completely, standing if able, reciting the Qur’aan, saying prescribed words to glorify Allaah, invoking Allaah to grant the Prophet commendation and protection, as well as other elements that are essential and recommended when performing prayers. The internal requirements include reverential fear of Allaah, sincere devotion to Him, presence of heart, and understanding the meanings of what is recited. Establishing prayers as prescribed also entails genuine compliance with Allaah’s directives in one’s words and deeds by performing those which Allaah commanded and avoiding those which He prohibited. This is because, as our Lord told us, establishing prayer in the prescribed manner “prevents people from immorality and wrongdoing.” [Ankaboot (29):45]

Thus, if a person’s prayer does not inhibit him from committing sins, there is a deficiency in his prayer, and he does not establish it in the manner prescribed by Allaah. In that regard, some of the scholars have commented that there are many who perform prayer but few who establish it as prescribed.

The third trait mentioned is that they give from what Allaah provided for them. Al-Imaam Muhammad ibn Jareer at-Tabaree (may Allaah have mercy upon him) mentioned that this includes giving the obligatory charity, giving financial support to those whom they are obligated to provide for, and also giving to other praiseworthy causes. They give out of the wholesome wealth and property that their Lord provided for them, and this refers to their assets that were acquired in permissible ways and are not tainted by anything impermissible. [Jaami‘ al-Bayaan (1/244]

Another of their traits is that they believe with complete certainty in the hereafter, contrary to those who worshipped others besides Allaah and denied resurrection, reward, punishment, reckoning, the balance for weighing people and their deeds, Jannah, the hellfire, the bridge over the hellfire, and other things that Allaah has prepared for His creatures on the Day of Resurrection.

Having correct beliefs about the Last Day trains a person of eemaan to always remember that Allaah sees him. It also trains him to have reverential fear of Allaah which drives him to obey Allaah. That obedience comes about by fulfilling Allaah’s commands while hoping for the rewards He promised His righteous servants, and avoiding Allaah’s prohibitions while fearing the painful torment with which Allaah threatened those who disobey Him, reject His evidences, and deny His Messengers.

Thus, the people of Taqwa, who embody the foregoing praiseworthy traits, are the ones who deserve to be described as the people who accept Allaah’s guidance, remain steadfast in following it by His favour, will be successful in attaining the rewards they hope for, and will be granted salvation from all that they seek to avoid. Their righteous deeds combined with their correct beliefs about Allaah, His scriptures, and His Messengers will enable them to attain Allaah’s reward, admittance to Jannah, and salvation from the punishment that Allaah prepared for those who were enemies to Him. [Jaami‘ al-Bayaan (1/250]

‘Abdullaah ibn ‘Abbaas (may Allaah be pleased with him) explained that in the aforementioned magnificent aayaat in Soorah al-Baqarah, Allaah – the Almighty and Most Majestic – implicitly censured those who said they accepted what was brought by the Prophets prior to Muhammad (may Allaah grant all of them commendation and protection), yet they rejected Muhammad (may Allaah grant him commendation and protection) along with the message he brought, and still alleged that they were following sound guidance. [Jaami‘ al-Bayaan (1/246]

Servants of Allaah, you must continue to observe Taqwa of Allaah, and beware of being deceived by those who claim to have guidance and salvation, yet they have no acceptable evidence, authentic text, rational proof, or legitimate real-life occurrence to substantiate their claims.

I beseech Allaah to enable all of us to glean benefit from His Book and the Sunnah of His Prophet (may Allaah grant him commendation and protection). I say this much, and I ask Allaah, the Most Great and Majestic, to forgive me, you, and all Muslims for every misdeed. He is indeed continually forgiving.

Understanding the Concept of Saving

By Shaykh Su'ood ash-Shuraym 18 Muharram 1440h (28 September 2018) All praise is due to Allaah. He is the One who restores life to the deceased. His light fills the heavens and the earths. He has complete knowledge of the past, present, and the future. I bear witness...

END_OF_DOCUMENT_TOKEN_TO_BE_REPLACED

Guidance in that which is Most Right

By Sh Saalih Aalus-Sheikh - Imaam of Haram Servants of Allah, Allah says which translates as: "Verily this Qur'an, guides to that which is most just and right and gives glad tidings to the believers who work righteously that they shall have a great reward"? (Al-Isra":...

END_OF_DOCUMENT_TOKEN_TO_BE_REPLACED 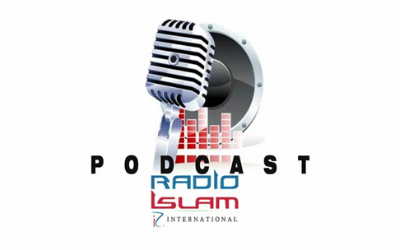 The Effects of Having a Strong Connection with Allaah

By Shaykh Faysal Ghazzaawee Throughout all that a person of eemaan does, and no matter what circumstances he finds himself in, he will always remain dependent upon Allaah, his Creator and Guardian Lord. Allaah is the One who provides him with assistance, the One whom...

END_OF_DOCUMENT_TOKEN_TO_BE_REPLACED

By Sh Abdul Baari Ath-Thubayti - Imaam of Haram Marriage fulfils the dearest wish for every young man and young woman in their quest for a happy Muslim home, in which they find shelter, peace of mind and happiness, and in which their dreams come true. In this new home...

END_OF_DOCUMENT_TOKEN_TO_BE_REPLACED

Competing for the Hereafter

by Sh 'Abdul-Bârî ibn ‘Awad ath-Thubaytî - Imaam Haram Madina All praise is due to Almighty Allaah. I testify that there is no deity worthy of worship except Allaah and that Muhammad Sallallahu Alayhi Wa Sallam is His Servant and Messenger. May Allaah bestow peace and...

END_OF_DOCUMENT_TOKEN_TO_BE_REPLACED

by 'Alî Abd-ur-Rahmân al-Hudhaifî - Imaam of Haram All praise is due to Allaah, the Mighty, the Generous. I thank Him and seek for His forgiveness. I testify that there is no deity worthy of worship save Him and that Muhammad (Sallallahu Alayhi Wa Sallam) is His...