Modi Reassures India that Soldiers’ Deaths ‘Will Not Be in Vain’ 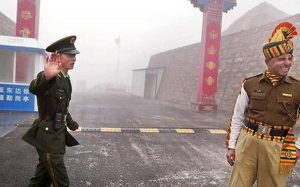 Following the first deadly clash between India and China in 45 years, India’s Prime Minister, Narendra Modi, says the killing of at least 20 Indian soldiers in a battle with Chinese troops “will not be in vain”.

Clashes with Chinese soldiers took place in a disputed border area on the Himalayas, on Monday night. Both sides say no shots were fired, as part of an age old agreement between the two nations, and that soldiers had fought with sticks, bats and bamboo sticks studded with nails, in hand-to-hand combat, with some having been “beaten to death”. Others had fallen or were reportedly pushed into a river.

While India’s military claims that China also suffered casualties, Beijing has not confirmed this.

India accused China of wanting to “unilaterally change the status quo”, but Beijing says Indian troops attacked first. It has accused India of crossing the border onto the Chinese side.

According to the BBC a colonel and two soldiers were reported killed by the Indian military, which later added that 17 Indian troops were fatally injured in the line of duty, bringing the total to 20.

Meanwhile, all that China is willing to say is that it and India have an agreement to “peacefully resolve” their Himalayan border dispute.